Vegetables Take On Office Doughnuts When Farms Connect With Workers Farm To Work in Texas offers a new twist on community supported agriculture: farmers deliver boxes of produce to workplaces. Similar farm-to-office programs are taking off in other states, too.

This document is intended to provide an overview of the potential application of internet-connected sensor devices and a blockchain-based alternative ownership model in the context of a rural agricultural community. The proposal builds upon the existing business model known as Community-Supported Agriculture (CSA), which aims to create mutually beneficial relationships between farmers and local communities by involving CSA members/subscribers in the production and decision-making processes.The FarmShare application serves as a platform for facilitating collaboration between farmers and shareholders, which has generally proved difficult for CSA organizations relying on traditional modes of planning and communication.

This looks to be the start of a very interesting discussion on the combination of Blockchain technologies in Community-Supported Agriculture (CSA).

The resulting benefits in areas such as decentralisation, localisation and resiliency should be great. As with all young technologies there will be pitfalls along the way. But the innovation in the cryptofinance space has been rapid and there is already several project that are making rapid progress.

Tomato lovers, stop rejoicing. Because you will not find the perfect supermarket tomato in any supermarket. Not now, and perhaps not ever. It’s not because the Garden Gem is a genetically modified organism—it was bred the same way tomatoes have been bred for thousands of years. It’s not because some multinational owns the patent and won’t release it in the U.S. (which, unfortunately, is the case with a superb British potato called the Mayan Gold). It’s because Big Tomato doesn’t care about flavor. Tomato farmers don’t care. Tomato packers don’t care. And supermarkets don’t care.

Source: A Scientist Has Created the Perfect Tomato—but Supermarkets Refuse to Sell It

Food as a commons: A shift we need to disrupt the neoliberal food paradigm | Heathwood Press

Key Series: Systems, Commons and Agriculture By Jose Luis Vivero Pol Our society has a troublesome relationship with food. Although we produce enough food to adequately feed all, both obesity and under-nutrition affect an estimated 2.3 billion people globally causing 6 million deaths annually (1-2). Nowadays, many eat poorly to enable others to eat badly …

Source: Food as a commons: A shift we need to disrupt the neoliberal food paradigm | Heathwood Press

How a Bronx Community College Could Change the Conversation About Food 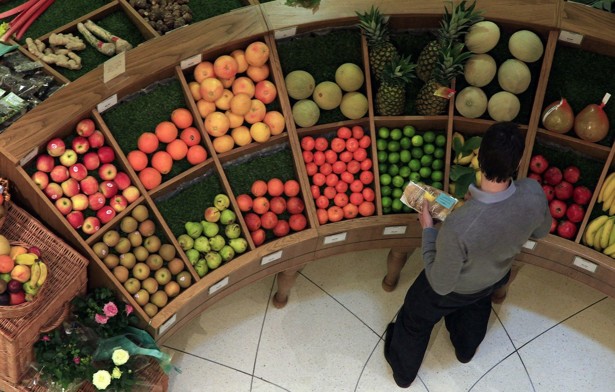 Building off of the growing popularity of nutrition-based degrees, one Bronx community college is attempting to change how lower-income communities eat.

Source: How a Bronx Community College Could Change the Conversation About Food

With all the doom and gloom out there this is a video that makes you hopeful for the future. From the great folks at Bioneers (http://www.bioneers.org/)

Out to Pasture: The Future of Farming?

CLF teamed up with the Video and Film Arts Department at the Maryland Institute College of Art (MICA) to produce Out to Pasture: The Future of Farming? films in 2010, which explore important issues in our food system.

Looking at the differences in the comments of the actual farmers is incredible. You can literally see the passion & enjoyment of the people that have made the change.

This has been around for a while, but I thought it’s worth sharing as it is still highly relevant.

“Local food economies are our best hope for checking the drift toward the total global economy. Food is where these economies begin. A revolt is underway across this country – a revolt of the small producers and consumers. Some of the most important politics today are happening at the farmers market.”

via Soylent – Free Your Body.

Personally this is probably the exact opposite where I am going. We do not spend enough time preparing (and growing) our food.

What are your thoughts ?