Source: Is Your Salad Habit Good for the Planet? – The New York Times – Medium

Urban farmers around the world – in pictures 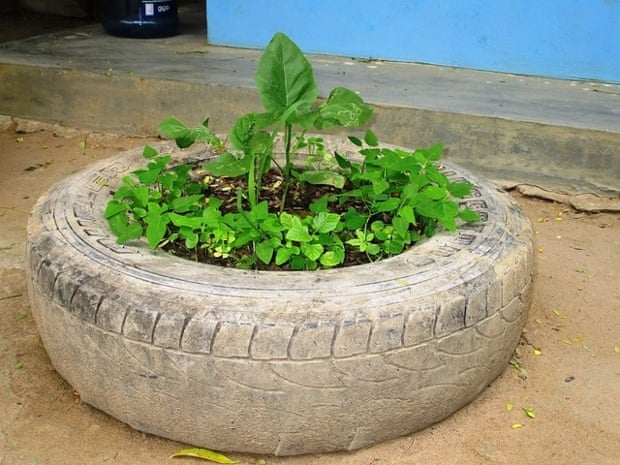 We asked our community to share pictures and stories of farming projects in cities across the globe. Here are our favourites

Source: Urban farmers around the world – in pictures

Soil is a non-renewable resource

Hence the distruction of soils is a long-term attack at human prosperity. As part of the 2015 International Year of Soils the FAO has published a series of resources that are well worth the read and contemplation.

Original article by FAO: Soil is a non-renewable resource | FAO.

I came across an invite for a webinar (see link below) organised by the Robotics Business Review in my social media stream. Although I share an interest in electronics and robotics, I find myself thoroughly disagreeing with the sentiment of this article (event invite). This comment to me seems from a perspective of a robotics person with no knowledge of small scale farming and related food trends. There is a slowly growing “back to the land” movement and I personally know of many more people toying with the idea and some already doing it.

Technology (including robotics) has a potential of being an excellent help, but I do not share the technocratic “Big-Ag” vision. Countless examples have exposed the myth of “efficiency” in Big Ag. There is undoubtedly ‘efficiency’ when viewed the most narrow vision in labor input / production cost, but in a more holistic view there are plenty of Big Ag costs (as well as Small Ag benefits) not counted.

I am hoping there will be a recording of this webinar as due to timezones I am not going to attend myself. It appears previous webcasts are available (thank you RBR!).

Whilst this particular example by the Benson Institute is situated in a Northern Hemisphere cold climate region, the same principle should apply in Australian conditions. Obviously the aim would be to provide relief from the heat rather than cold by tapping into the thermal mass of soil.

In it’s simplest form it is a rectangular hole in the ground 1.5 – 2 meters deep and covered by plastic or ideally plexi-glass greenhouse sheeting. A rammed earth wall (or dry-stone if you want to get fancy) at the back of the construction and a lower wall at the front provide the angle for the clear. The roof seals the underground greenhouse providing an insulating airspace and allowing the sun to warm the space providing a stable environment for plant growth.

Another interesting ABC Radio National (Australian Broadcasting Corporation) program discussing the current state and future possibilities in printing your own food. The main part is an interview with a researcher from Cornell University in New York about the usage of their fab@home project to print food. The program does raise some of the issues commonly associated with the printing of food, but largely focused on the aesthetics and taste. Unfortunately it missed one of the more insidious side-effects of this technology which would most likely lead to more industrialisation and corporatisation of the food eco-system. Personally (while I am a great believer in the potential of Open Source 3D printing and manufacturing) I do think that this would not be a track I would ever want to follow…

Unfortunately (but predictably) mainstream media has pretty much ignored the over 400 events designed to raise public awareness of the practices of this company and their paid lobbyists.